I just wanted all of you to know that the bleeding has stopped!!!!! Just as as fast as it started it stopped. I again spoke to the doctor Friday night after he spoke to the urologist. He told me that the urologist has only seen a few cases of tumors or cancer in "young people" and thought that what might have happened was that I had a really bad infection that actually burst one of the blood vessels in my bladder. That doctor is suppose to fit me in Monday, but I am wondering now if I need to go since it is done. WOOHOO the power of prayer!!!!!

I am going to the attorney on Tuesday and my girlfriend has said she will come with me. She has used this same one and has been cheering me on and helping me through this. She is a real spitfire. LOL. Just in case I forget what question I want to ask or whatever she has decided to open her shop late just to go with me.

My husband (ex or whatever he is) asked my son to HER house for Thanksgiving on Friday. My son has said he doesn't really want to go and would feel uncomfortable with her family since he doesn't really know them. I told him it was up to him. Yes I will admit I am smirking sorry...that he doesn't want to go with him. Anyway, I will have both of kids for Thanksgiving YIPPPEEEE!!!! Now my son is already worried about Christmas. He wants to make sure he gets to open all his presents everywhere. I told him we would worry about that later. All of his families would work around him. Oh a brighter note my MIL and I are talking. She and my FIL came to my sons' school program on Thursday and then he went and spent the night on Friday til Saturday with them. And if you are wondering no HE or SHE did not come on Thursday. My DD was worried about them coming and refused to sit with them if they did. I told her if they came I doubted they would sit with us and if they did we would move. Day by day this is getting easier with the kids and I am really enjoying being by myself though there are times I get lonely for companionship and someone to lean on, a shoulder to cry on, and a comforting hug that says it'll be alright. Don't worry girls there won't be any men in the near future!!! LOL. I have many things I am working on and through with my counselor. In time I am sure that I will share things as part of my healing process and moving on.
Pin It
Posted by Gettysburg Homestead at 8:15 AM

Mary~
I am glad to hear(see) you laughing(LOL).
I'm still saying prayers for you.
I am so glad to hear the bleeding has stopped. You are right, the power of prayer!
Have a WARM Sunday~ It is sooooo cold!
Definetly hot cocoa weather!

Woooo Hoooo! so happy the bleeding has stopped, Girl you have got ladies all over the world praying for your health and well being, You will be fine! Your post sounds so positive today, keep in that direction!
Hugs and Blessings

Glad to read the GOOD news. It's good you have a friend to help you through all of this. All my best to you and your family, Janie

I am also happy to hear the good news! I am glad things are getting better day by day...baby steps.... Hope you have a nice Sunday with your kids.

Mary~
Come and visit me, I have left you an award on my blog!
Have a good one~
Janene

Glad to hear things are looking better today. :)
Hang in there.

Wow... each upswing is such a good thing. But your health was the really big one that needed the most immediate attention. So glad to hear a smile in your writing! And give your friend a hug for each one of us... she's exactly where we wish we could be for you!
Blessings, Kimberly and Family

well, good for you chickie!! you are going to do great!!
hugs, kim

Hi Mary,
Glad to hear you sounding so upbeat! Things will get better!
Donna

Mary, So glad to hear you are getting better! And I'm really glad you have such a good girlfriend to help you through! Have a great weekend and stay warm! ~Beth~

With each post, you are sounding more like yourself. And praise God for the bleeding to stop! I hope all will go well with your doc appt.
And may your Thanksgiving with your kids be a happy time in spite of everything else.
Hang in there!

What an answer to prayer! I'm so glad you'll have Thanksgiving with both of your kids too! I hope it's a blessed one for you, Mary. And I'm praying for a wonderful new beginning for you and for strength and just what you need for each day! Hang in there! Thanks for letting us hear from you!

You are still in my thoughts and prayers.
Support from family and friends will help get you through this difficult time.
As an RN I thought maybe you had an infection.
From Wooster OH

I am so glad things are looking up for you! When I get a big old UTI sometimes that happens to me - I'm glad it stopped. Hang in there - it gets better day by day.

Mary, I'm glad to see you're hanging in there! Take good care of yourself and your kids. Karen

Mary,
I am so glad things are turning around. You are still in my prayers.I hope you and your children have a wonderful thanksgiving. And always remember that we are here for you!Have a blessed day!
juanita

It is so nice to hear a little bit of the REAL you in your writing. I am so relieved to hear that the bleeding has stopped.
I hope your Thanksgiving is wonderful. It will be nice to have both of your kids with you!
Thinking of (and praying for) you.
Have a great day,
Jo-Anne

Mary, I am so glad to see a post with the word Happy in the title. I know things are a struggle right now and I'm so glad again to hear that you have a friend walking with you through this time.
I'm sure you have much to be thankful for, as we all do this week. and yeah! for the bleeding stopping! I'm so happy about that.
Blessings to you and have a wonderful day.
T

I'm so happy to see the word "Happy" in your post!
Have a great week with your kids Mary.
Robin~♥

I am soooo sorry if I stepped on your toes the other night-I guess I still get emotional when I see others going thru such things-it rips at my heart and pride-I guess I still have some healing to do -I am glad you have a friend who is helping and that you have a support system-keep your chin up-I have been praying for you!

WAHOOO!!! So glad your health is improving. I'm also happy for you that you get both of your kids for Thanksgiving. So nice that you got some good new---have a fabulous day. Julie

So glad to hear you are feeling better. I don't blame you for smirking a little. I get to do that every now and again with my ex too! 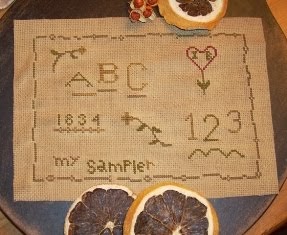 In a small town nestled in a farming community and not to far from the Amish in Ohio ~ you can find me stitching and creating like days of olde. One day my canvas is linen and others beautiful reproduction civil war fabrics carefully sewing quilts. I am happiest when I am creating and sharing with those I hold near and dear to my heart. 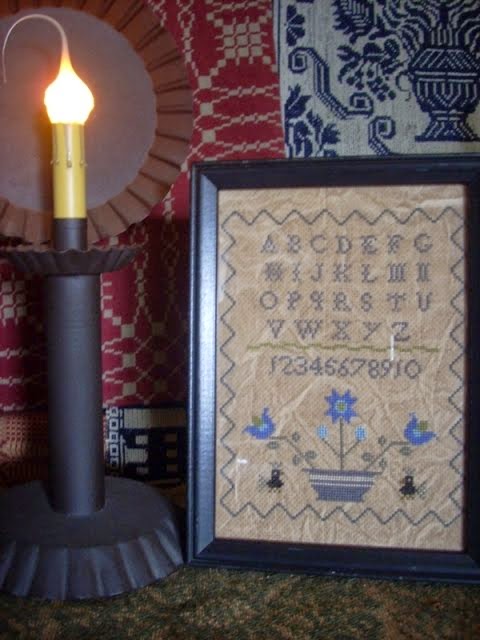 If you have any questions please feel free to email me directly. GettysburgHomestead(@)yahoo.com. I'm trying to avoid spam email so please take out the parenthesis before emailing me.